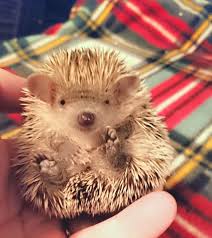 What is a Tenrec? 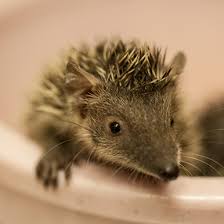 There was an interesting article in the February  issue of  LabAnimal about the physiology of the Tenrec.  The tenrec you say, what is a tenrec? These little guys are native to Madagascar and parts of Africa. These guys are crazy, they have evolved all sorts of adaptations, they can live in trees, or on the ground, there is even 1 that is partly aquatic.  They can look like hedgehogs, opossum or shrews but they are not related to any of them.  There is a group at the University of Nevada Las Vegas that is studying this little critter and they have found some really interesting things.

When they first obtained the tenrecs  they grew very quickly and tripled their size in just four months. When the researchers, led by Dr. Frank van Breukelen, put them on a diet they did not change their weight.  The researchers were able to show that the tenrec will just drop their metabolism to get by on whatever is available. An animal weighing 1/2 pound can maintain on just 5 grams of food.

What really is amazing is how the tenrec hibernates.  The traditional thought was that during hibernation, animals such as ground squirrels, wake up and shiver to help maintain their bodies cells at low temperatures.  The tenrec, however, is not like any other hibernator.  They can hibernate when it is hot outside and be active when it is cold outside or vice versa.  The tenrec is also very slow to get up to speed when awakening from hibernation.

The tenrec goes against the standard theory of hibernation that was published in The Journal of Experimental Biology. 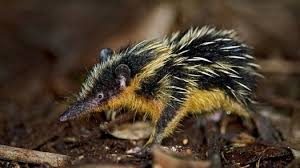 The excepted theory is that animals hibernate to avoid the cold but that may not be true.  The tenrec lives in a tropical environment and may have evolved to hibernate due to predator-prey dynamics.  Dr. van Breukelen says “If you’re not breeding, then why not just go underground and wait it out”.  This way the tenrec is not around when predators are looking for a meal. Since they aren’t breeding they may as well sleep for a while and stay safe.

The hope is that after some further research we may get a better look at organ function in hibernating animals.  This information could give us a better understanding of how different animals adapt to different environments and conditions. 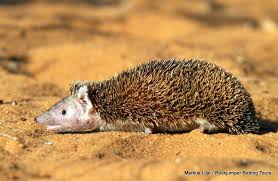 Check out this interesting video on how the mom can communicate with the babies.